For the thermal state

For the pure state

By mathematical induction, you can prove: 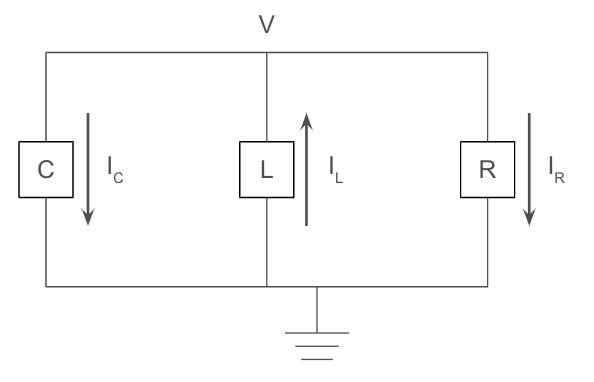 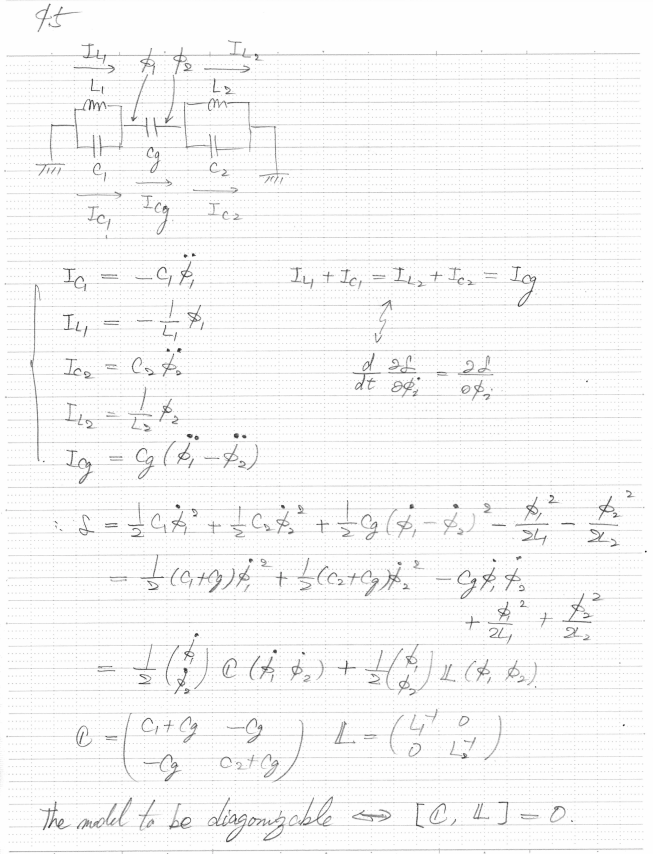 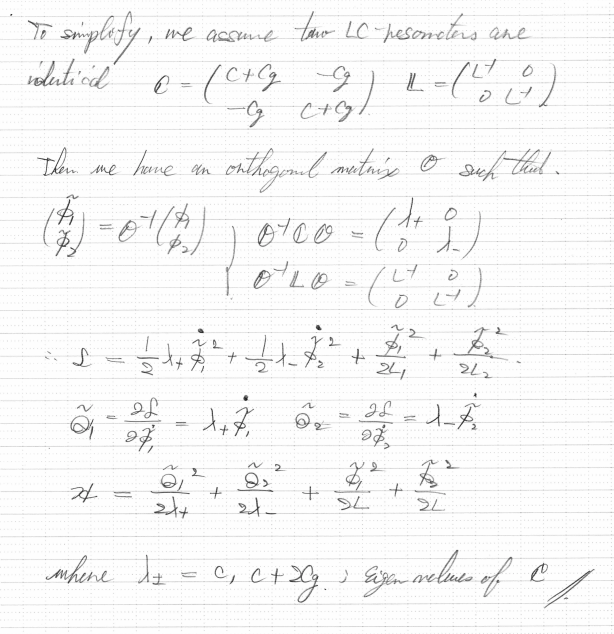 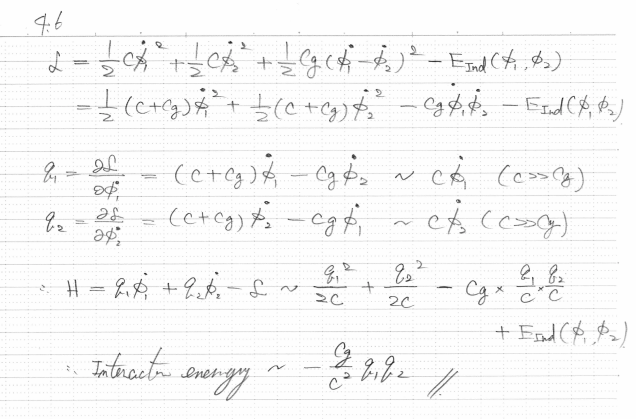 In the following discussion, we assume that the quantum states are quasi-static. We solve the time-independent Schrödinger equation supposing that external potentials are independent of time

. When we change them slowly enough, the corresponding quantum states (the effective wavefunction) changes so that they keep following the time-independent Schrödinger equation (with the given potentials) at each point of time.

First, we shows that the time-independent Schrödinger equation for the gauge-invariant wavefuntion

has the following form:

We start from the time-dependent Schrödinger equation of the effective wafefunction:

When the potentials are static

, the energy eigenstate is given by:

From (2), the gauge-independent wavefunction has the following from:

So we define the time-independent part of

Now we apply (1) to the one-dimensional potential barrier model of Josephson Junctions:

, the solution can be plane-wave functions:

The arbitrariness of the global phase is expressed by the constants

. At this point, they can be taken independently, but later, we will show that they are related through the boundary condition of currents

, the solution can be a liner combination of

From the boundary condition (continuity of

By solving these linear equations, we have:

In general, the currents:

can be calculated from the gauge-invariant wavefunction

Hence, we finally get:

From this condition, the phase difference

we have the similar relationship:

to the insulator becomes

. By applying the discussion:

the phase difference between two points follows the relationship:

is very small and the change

follows the quasi-static assumption described at the begging of this note.)

So we conclude that we have the oscillating current inside the insulator:

As in the discussion in the following link, I need an assumption that

is constant and unique to use the relationship (7).

So I applied the discussion to the wavefunction outside the insulator that (presumably) forms a closed loop. I'm not sure if this is really a common way to justify using (7) in this model.

and the charge current

The wavefunction follows the Schrödinger equation:

Without losing the generality, we can take the Coulomb gauge:

Now, we assume that the charge density

is constant and uniform:

In this case, the currents should be divergence-free

Since this is valid only on the Coulomb gauge, we will rewrite it as a gauge-independent expression.

As the RHS of (3.16) is gauge-invariant, we can take the Coulomb gauge and use (3) without breaking the gauge-invariance of LHS. By applying

on (3.16), and assuming that the currents are uniform:

where we used the relationship between the electric field

is gauge-invariant, the following relationship is gauge-independent:

is a voltage (electric potential difference) between the two points

Hence, if we apply a constant voltage

between two points, the phase difference grows as:

In the textbook, it says "We have to complete our derivation to regard more general conditions!" on p.27. In the derivation of (4), we used the following two assumptions:

These are the same assumptions used in the next section "3.7 Josephson Junctions". So we can use the relationship (4) in that section.